So I don’t believe in Resolutions. But I do firmly believe in setting goals. So my presentation focused on setting and achieving goals.

Since it was a group training, I first asked what brought people there. People wanted goals related to weight loss, improving their health, making more money, being happier and more present in life, and overcoming negative emotions like frustration, fear, and self-doubt. People also wanted tools they could use right away to get more of what they wanted and less of what they did not want.

So I first had people look at where they were in their lives in major areas like health, finances, career, family, emotions, and more. Sometimes before you set a goal, you have to know where you are in life.

Then I had people write down all of their goals, both short- and long-term. There were a lot of sore hands from just that portion of the evening.

Some people were excited, having written down their goals for the very first time. That alone can set in motion making them real. Others were a bit overwhelmed at “all the new stuff they had to do.” So in the next segment, I had people flesh out their top goals, and then break them down into specific and manageable plans. That eliminated the overwhelm for those who had been feeling it.

After that, I led the group through some process that helped turn the possibility of achieving their goals into more of a reality. There were several different visualizations that participants said made a big difference in their belief that they could achieve those goals. One key is to actually imagine being in the future and having what you want. We did some specific and detailed visualizations to make their future real for attendees.

Then I talked about what could stop someone from getting their goals. Often block like limiting (and unconscious) beliefs come up. Other times it is self-doubts or conflicts. We discussed some tools that can address these issues.

Finally, I gave the audience several specific tools to manage negative emotions like frustration and doubt that will inevitably come up when you take on achieving something that you had not been able to do in the past.

At the end everyone affirmed that they had gotten what they came for, and were excited to work towards their goals and use their new tools to help get them there.

Next month I will follow on from this presentation with more tools and processes to help people get more of what they want in life and less of what they don’t want. 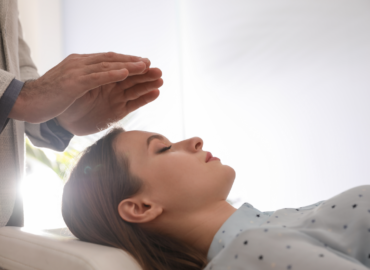 Will Hypnotherapy Help with Cases of Low Self Esteem?

What do you want for the New Year?